Kiah and I ventured out to Bowness Park to do a bit of skating.

The big pond part of the lake is well lit: 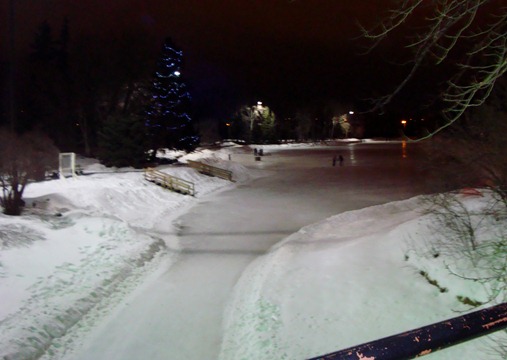 But the river part has no lights and is quite spooky. It’s a good thing it was overcast and the sky was bright otherwise on a clear night I doubt you would be able to see your hand in front of your face. I heard a guy say he should have brought his headlamp!

Some spooky trees, with random kid playing in snow: 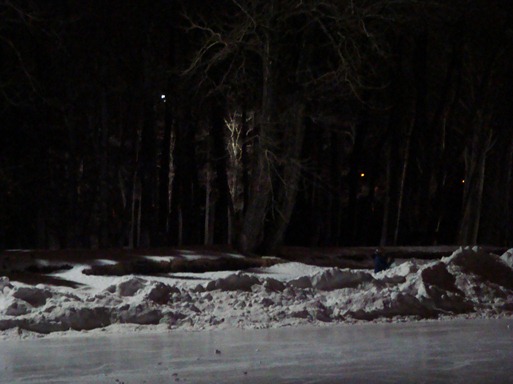 I really liked the ice at Bowness Park. They have 2 fire pits there so you could bring a weenie or marshmallow to roast while warming up and they have music playing. Although whoever thought Shania Twain and Phantom of the Opera was good skating tunes was seriously mistaken.

I like this photo even if it is wonky:

and each of us only fell once! I fell on my hip and Kiah fell on her knees, but no harm done, don’t we look happy! 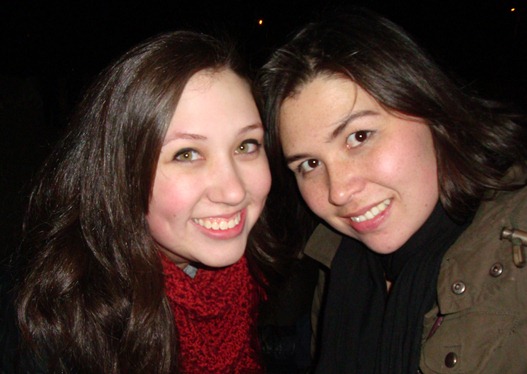 While waiting for the #1 bus home I realised we were also at the Monkey Stop! I didn’t realise there were apes out in Bowness. 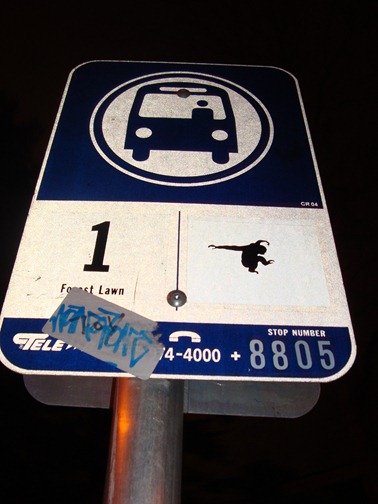 Conclusion: Always end skating with hot cocoa, that way when you fall on your ass you have something to look forward to!